Formerly known as Orchid Life, Medika Natura was established in 2006 by former university friends, Abdul Razak Mohd Isa and Mustadza Muhamad, who share a common passion for horticulture and botany. When they learned about the vast, untapped, scientific potential in biotechnology, they began exploring tissue culture technology in orchids, food crops and medicinal plants.

Their innovative work led to opportunities to meet and collaborate with public universities and research institutions to further the research and development in botanical drugs and high-value herbal ingredients, including plants that have been long used in traditional medicine such as Labisia pumila, known locally as Kacip Fatimah. 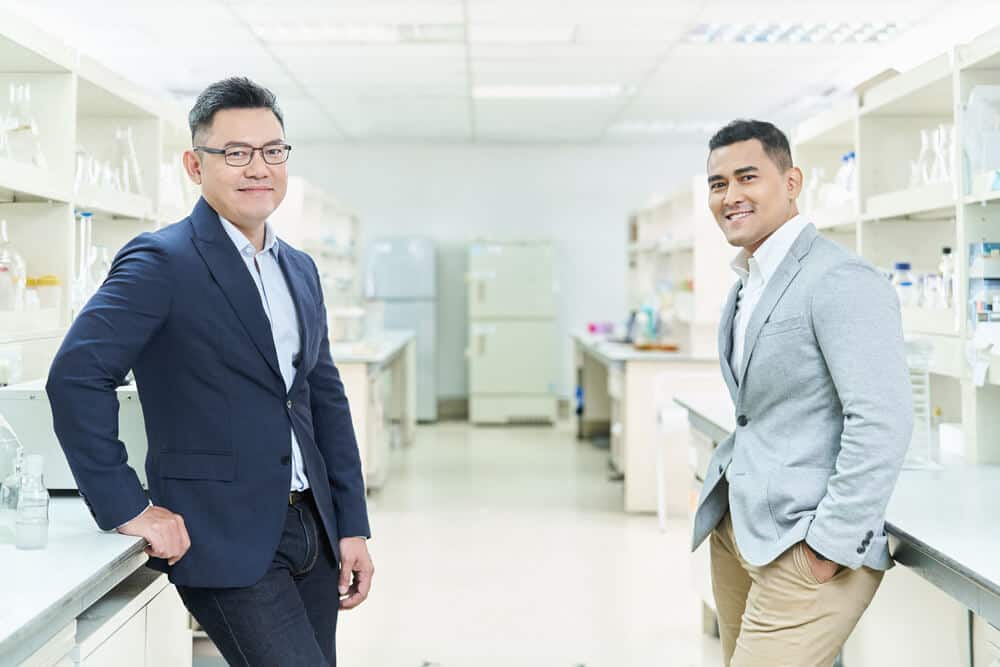 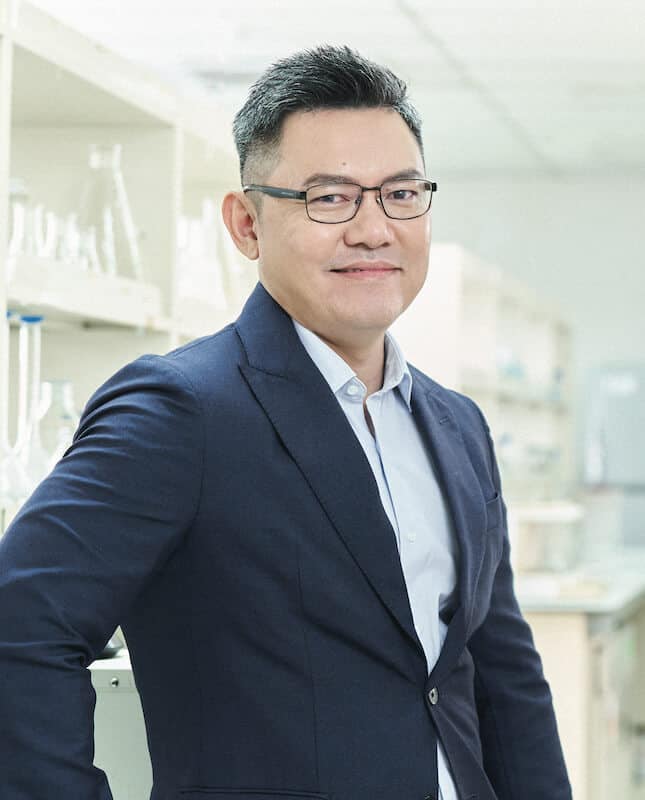 One half of the dynamic duo that make up Medika Natura, Razak has 20 years’ professional experience in the fields of business management, technology management, finance, marketing and research and development (R&D) commercialization in several Malaysian and multinational organizations across a variety of industries.

He inherited his love of plants from his father, who owned a nursery in their home in Sungai Buloh, which Razak still oversees today. Razak co-founded Orchid Life, whose name would later change to Medika Natura, together with his former university mate Mustadza Muhamad. The company specialized in tissue culture technology, in particular the micropropagation of orchids before expanding into biopharmaceuticals and botanical drugs.

Razak has a Master in Business Administration (MBA) in Information Technology Management from Multimedia University Malaysia. In 2008 he attended the USCF-QB3 Global Bio-Entrepreneurship Program in Business Administration and Management, at the University of California, San Francisco, United States. He also received a Certificate in Good Clinical Practice (ICH-GCP) from CRSU, Faculty of Medicine, at the University of Indonesia.

​Connect with Abdul Razak on LinkedIn 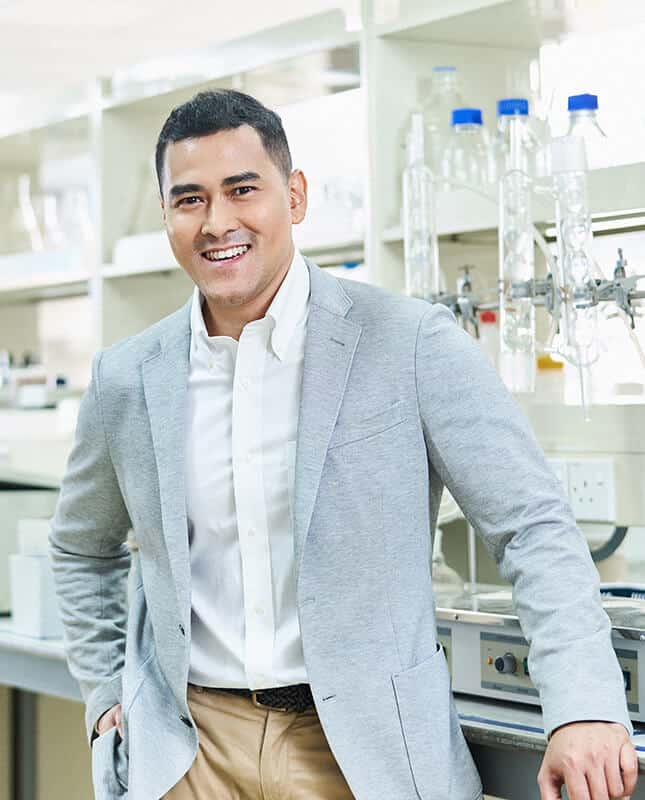 Mustadza, an Architecture graduate from Universiti Teknologi MARA spent the early part of his career as an architect for architecture and design firms, as well as property development and construction companies in Malaysia.

In 2006, Mustadza and his former university mate Abdul Razak Mohd Isa co-founded Orchid Life, a company specializing in the micropropagation of orchids. The company name was later changed to Medika Natura to reflect their expansion into biopharmaceuticals and botanical drugs.

In 2018, Mustadza was certified in Good Clinical Practice (ICH-GCP) by CRSU, Faculty of Medicine, at the University of Indonesia.

Connect with Mustadza on LinkedIn

Board of Advisors/Board of Directors

Chairman of the Board of Advisors

Datuk Ali Kadir heads the Board of Advisors for Medika Natura. He is also an Independent Non-Executive Director of Ekuiti Nasional Berhad (Ekuinas) and Member of the Investment Committee. He is the Chairman of JcbNext Berhad and Enra Group Berhad; Board Member of Glomac Berhad, Citibank Berhad, Labuan Financial Services Authority, as well as other private companies and foundations.

Mike Dovbish is the Executive Director and a Founding Member of Nutrition Capital Network (NCN), an investor and partnering platform for growth companies in health and wellness, and provides strategic guidance and prepares participating companies for NCN Investor Conferences.

He also works with companies on their business plans and overall strategy to best position them for growth and investment, including identifying and introducing potential investors and strategic partners. Mike has worked with entrepreneurs on their business strategy, capital raising, market opportunity assessment, value proposition and partnership development. In response to the pandemic, in 2020, he led NCN in transforming in-person investor meetings into immersive digital events, and a hybrid event and community platform.

He received a Bachelor of Arts in Political Science from the University of California, Irvine and an MBA from Boston University, United States.

Mike has been mentoring and guiding Medika Natura on its entry strategies into the US market since 2017, as part of the company’s global expansion exercise.

Prof. Zhari is an academic and professional in the pharmacy discipline who is experienced in setting standards for the halal industry.

Prof Zhari was among a team of leading researchers assembled by Medika Natura in 2011 to study plant and herb pharmacology at a tissue culture technology laboratory in Kulim Hi-Tech Park in Kedah, Malaysia.

Supported by the Kedah State Executive Council, Kulim Hi-Tech Park was set up by KBioCorp, a government-linked company (GLC) in partnership with Medika Natura, which was then known as Orchid Life. He was instrumental in uncovering the efficacy of Labisia pumila in curtailing obesity, and published his findings in a comparative study [1] in 2014. This served as the stepping stone for Medika Natura to commercialize Labisia pumila.

Prof Zhari is a Professor in Pharmaceutical Chemistry at Universiti Sains Malaysia where he has been a lecturer since 1982. To date, he has published more than 250 scientific articles at international, regional and national levels, and written several books and monographs including an Index of Malaysian Medicinal Plants. He has also received several international and national awards in herbal and related products.

He was formerly the Deputy Chairman and Senior Independent Non-Executive Director of WZ Satu Berhad. He was also the past President of the Malaysian Association of Asset Managers and a member of the Listing Committee of Bursa Malaysia Securities Berhad.

In 2018, Dato’ Amin was inducted into the Board of Directors of Mudajaya Berhad. He also serves as Chairman of the Combined Nomination and Remuneration Committee, and Investment Committee.

What We Do
Our Leadership
Our Markets
Our Journey
Our Innovations